Execute Like Pros on Your Social Impact Strategy in 2021

Want to block competitors from stealing your talent? Try this ingenious approach from Axon 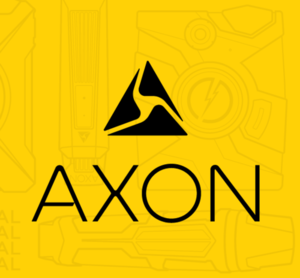 What’s better than working for an exciting tech company with a strong social mission?

Sharing more in its profits!

More companies are starting to think outside of the box when it comes to incentivizing employees—especially in the labor war for hot tech talent.

Software companies experience the greatest talent turnover of any other sector, with an average of 13% of staff leaving each year, driven by increasing demand and compensation.

But what other mechanisms are there besides salary bumps, spot bonuses, equity, and stock options?

Axon’s CEO, Rick Smith, created his own plan for incentivizing his employees.

If you’re not familiar with Axon, they make body cameras and smart weapons (i.e. Tasers) under the mission of “making the bullet obsolete.” An industry leader in public safety, Axon enables greater transparency and trust between police officers and the communities they serve.

The company also has an equally inspiring internal culture. I got to know a cross-section of Axon’s Seattle-based team last summer and was blown away by the energy of these ambitious, caring, and thoughtful technologists.

The Value of Pay-for-Performance

CEO Rick Smith announced a bold plan to Axon employees right before the holidays: a truly innovative approach for retention that lets companies ‘bet’ their salary on company growth. The plan is to give their workforce an opportunity to tie a portion of their compensation package to company achievements.  The new plan gives employees a choice to tie a portion of their compensation package — between 1 and 5 percent for employees making over $100,000 per year — to company achievements, and they are only paid out if Axon hits those milestones.

There are 12 potential levels of stock awards in the plan that could take up to 10 years to pay out. Smith said the return on investment could be around 15 to 1. For example, if someone puts $10,000 in compensation per year into the program and the company hits all the milestones, they could be issued stock worth $1.5 million.

In an interview with GeekWire, Axon CEO Rick Smith said he was inspired by Elon Musk’s plan at Tesla. Smith himself last year decided to give up his salary and get paid only if the company reaches certain milestones.

“We’d talk in company meetings, and I’d hear people say, ‘we’ve got to figure out how to hit Rick’s milestones,'” Smith said. “And it put this pit in my stomach, because what’s motivating to employees about making the CEO wealthier?”

The program is different than a simple bonus and incentive structure, Smith said, because it gives employees “skin in the game.”

The Power Behind Transformational Incentives

It’s about emphasizing that fundamental belief that what you do together matters. It invigorates the collective spirit of your organization and sends the message to your people that you’re in it to win it together.

In a day and age where most people, at least in the tech world, have adopted the Tour of Duty 2-year company tenure practice, a policy like this represents a significant mindshift for your employees.

Should your company do the same?

Transformational incentives will likely not work for all companies. There are three questions to ask yourselves first.

If the answer to all of these questions is yes, then transformational incentives might be for you.

Should your team do the same?

Here’s how you do it:

Step One: Decide on an ambitious team project or goal to work towards. Create an action plan with milestones with your team.

Step Three: Review team milestones often. Proactively surface blockers and coach each other towards its attainment. Remember to celebrate small wins along the way, as well as the completion and reward for the larger project or goal.

Keep in mind that, at the end of the day, what your people want most from their work is the opportunity to work hard at work worth doing. Inspiring collective rewards can help you get there by empowering individuals to work towards team growth and celebrate team accomplishments.

Interested in creating transformational incentives for your organization or team? Reach out below!

Reach out to start a conversation

We look forward to learning more about you and your organization — and how I can help you achieve your goals!
Thank you! Your submission has been received!
Oops! Something went wrong while submitting the form.

Never miss a new article by subscribing to our newsletter!